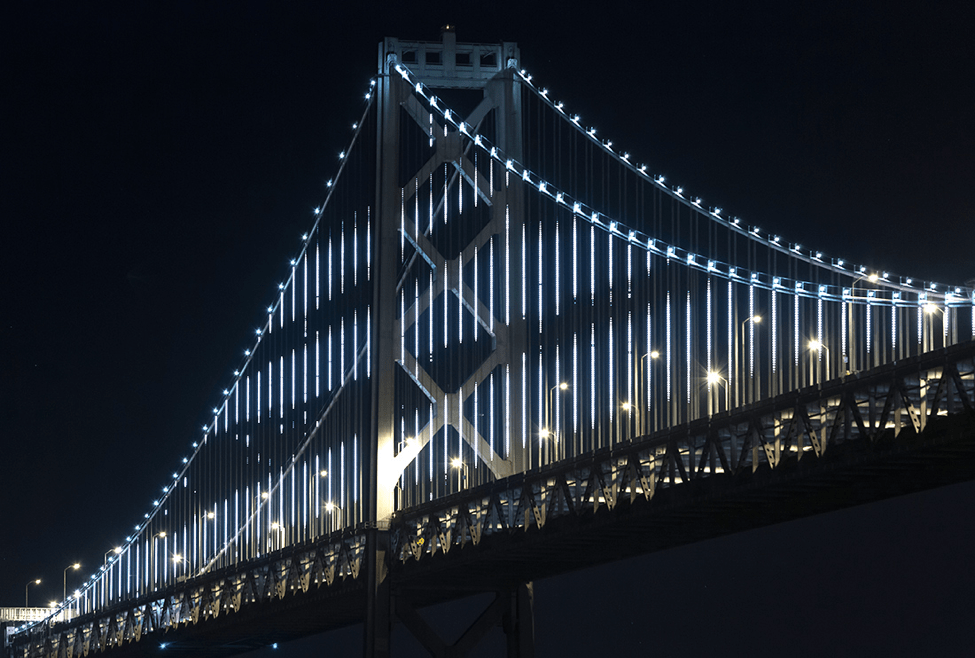 One of the many beautiful things in the San Francisco Bay that we love to share with our charter guests is the Bay Bridge. It’s a special treat to be able to view it in a relaxed manner from the water, rather than driving across it, either hurriedly or in the middle of traffic.

Originally opened on November 12, 1936, The San Francisco – Oakland Bay Bridge was well supported by politicians and citizens alike. The opening ceremony was described as “a dozen old-fashioned New Year’s eves thrown into one,” with President Hoover in attendance, an automobile parade, and a fireworks display. 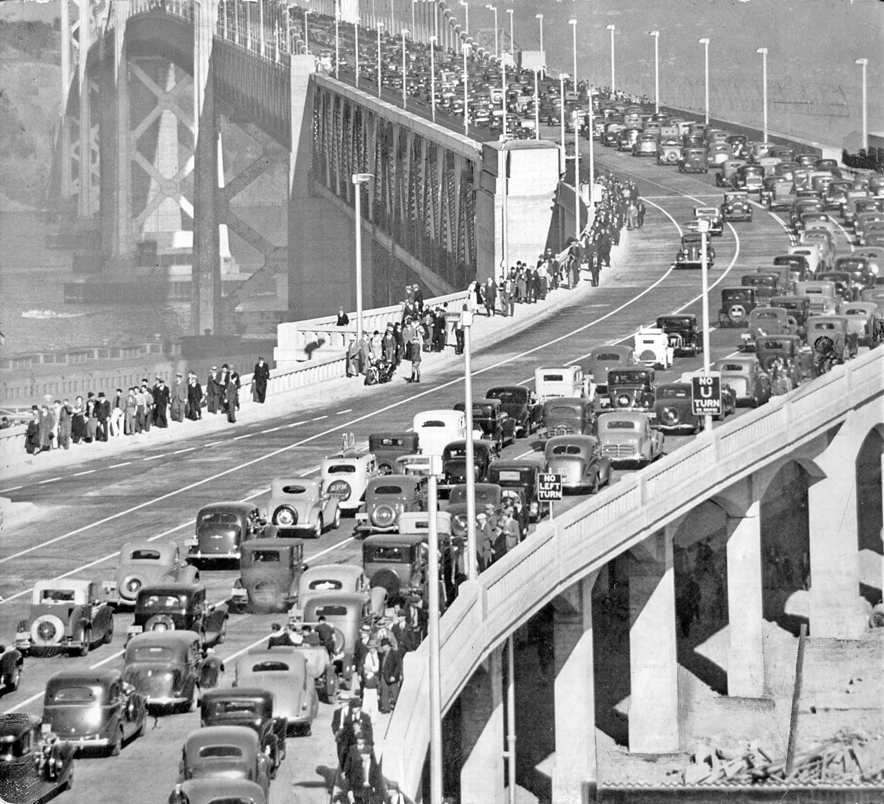 The opening day of the Bay Bridge.

For us, the Bay Bridge marks the beginning of so many of our yacht charters. As the crew of Just Dreaming, we get to enjoy the excitement of our guests as we make our way under the bridge, whether it’s for someone’s birthday, a wedding, or a corporate outing.

On our tours to Treasure Island or Jack London Square, we get an amazing view of the eastern section of the Bay Bridge. Originally a cantilever suspension bridge, after the 1989 Loma Prieta Earthquake, a redesign of the eastern section began. The bridge is now a causeway connected to a self-anchored suspension bridge, with beautiful white suspenders running down the middle and views of the water on either side.

The new Eastern Section of the Bay Bridge on the left, the former on the right.

While it was under construction, we had many of our guests request a peek from underneath the bridge. From 2002 until 2017, we were able to watch the construction of the new span alongside the old.  The destruction of the old bridge began in 2013, gradually disappearing from the skyline.  We were thrilled to be able to provide such a unique vantage point of the shifting waterscape on our way out to Clipper Cove at Treasure Island, or heading back from the Central Bay toward Jack London Square. And now, the elegance of the newly designed span continues to wow us all.

When we journey to the Golden Gate Bridge, Angel Island, or out toward San Pablo Bay we start our journey traveling under the western span of the Bay Bridge. The Ferry Building and Coit Tower greet us once we have traveled out from underneath the double suspension bridge, with its double deck that once housed both cars and trains.

Heading back after a full day, our guests and crew are welcomed back home with the view of the Bay Bridge lit up with flashing white lights against the darkening sky. Developed to commemorate the 75th anniversary of the completion of the Bay Bridge, this light display is best known as The Bay Lights. It was designed by Leo Villareal with numerous unique patterns playing in brilliant LED along the vertical suspenders of the bridge, viewable only from the outside. Although the installation was intended to last for one year, a local fundraising group known as Illuminate was successful enough in their efforts that the lights have become a permanent feature. 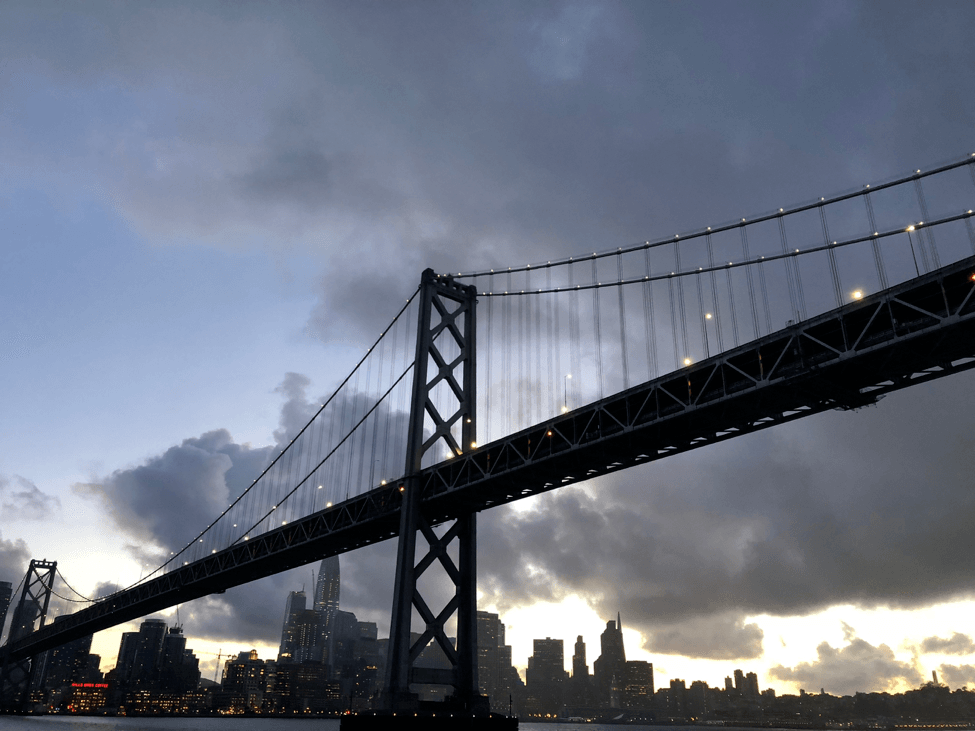 Bay Lights at Sunset as viewed from the yacht

Our guests and crew agree that the best way to view the Bay Lights is on board Just Dreaming. It makes for the perfect close to the end of a beautiful day out on the water.