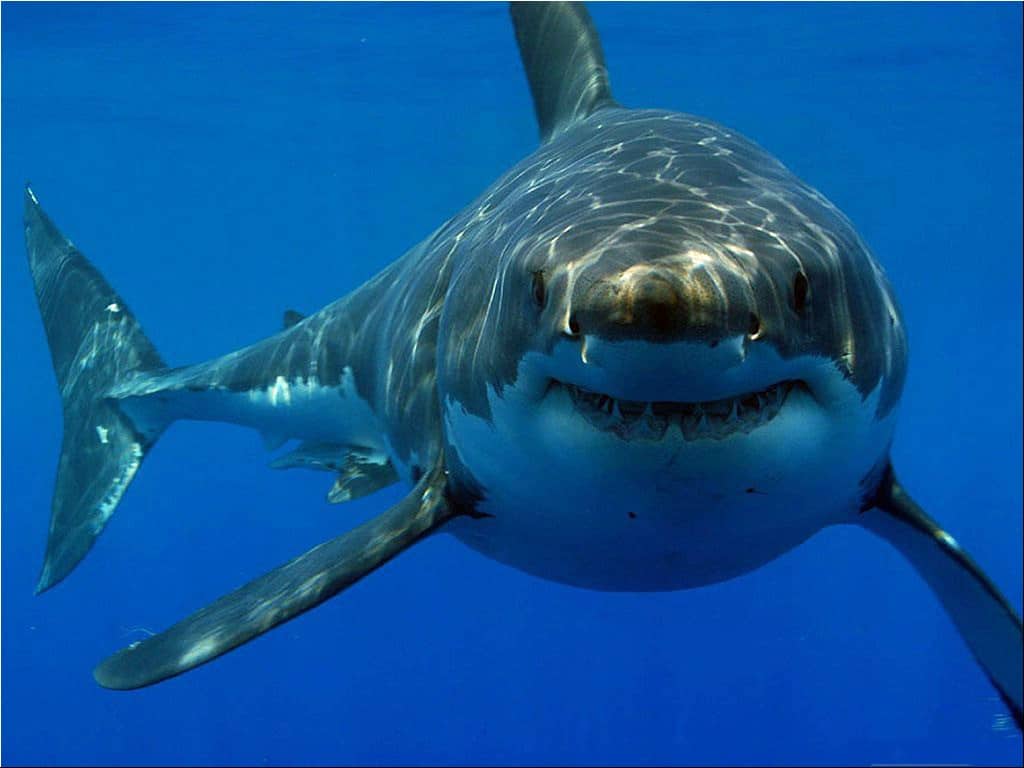 Sharks in the Bay

After spotting many leopard sharks and rays washed up on the shores of the bay last year, we have been happy to see plenty of them frolicking in the water with our charters on board Just Dreaming Yacht this Spring. In fact, we have a had a number of rays swimming around us at South Beach Harbor this Spring.

When people think of sharks, they are often reminded of Jaws and the presence of Great White Sharks out past the Golden Gate Bridge and around the Farallones. Once in a great while they come into the deeper waters of the bay, most often around Alcatraz. And the San Francisco bay is teaming with a variety of less aggressive and smaller sharks swimming alongside harbor seals, whales, and rays.

A leopard shark swims along the surface of the water.

One of these is the leopard shark. The leopard shark is completely harmless to humans. They feed on crabs, shrimp, worms and small fish. Beautiful to look at with their brown-grey spots, they sometimes swim in the shallower areas of water all the way down to the South Bay. At this time of year, there are pups as well. As small as they are, our guests find they really have to be looking in the water once we make it to a dock, where the shallow water provides better visibility. 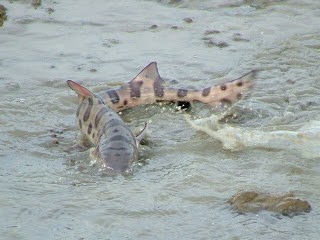 The San Francisco Bay is also home to Broadnose Sevengill Shark, sometimes called Soupfin or School Sharks. We spot these more readily due to their large fins, for years prized as a delicacy in Chinese cuisine. Fortunately, they are no longer being commercially fished in the bay, though at their enormous size, up to 10 feet long and 250 pounds, they are one of the few true aquatic predators to make the Bay its breeding ground. They feed on Harbor Seals and other sharks. 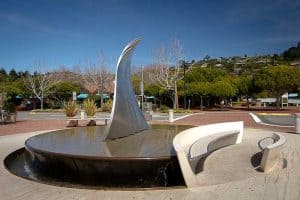 “Coming Out” sculpture in Tiburon resembles a shark fin, sails, or waves, depending upon vantage point.

The city of Tiburon, or “shark” in Spanish, was named for the lagoons in the area where sharks mate in the breeding season. It is a stunning ritual we’ve been lucky to spot with some of our charters. A few weeks ago, we spotted a six-foot shark jumping out of the middle of the bay, fulling clearing the surface of the water by about eight feet. With a jump like that, we figured he was avoiding becoming dinner for a much larger fish.

We have had plenty of passengers leery of the sight of their dorsal fins poking out of the water. The sheer size of them swimming around the yacht is enough to send little shivers down the spine. Our crew and guests are simply awed by their beauty. What is less known is that the Bay is one of only two of their breeding grounds. Around this time of year, the pups are born and the sharks head out into the open water. 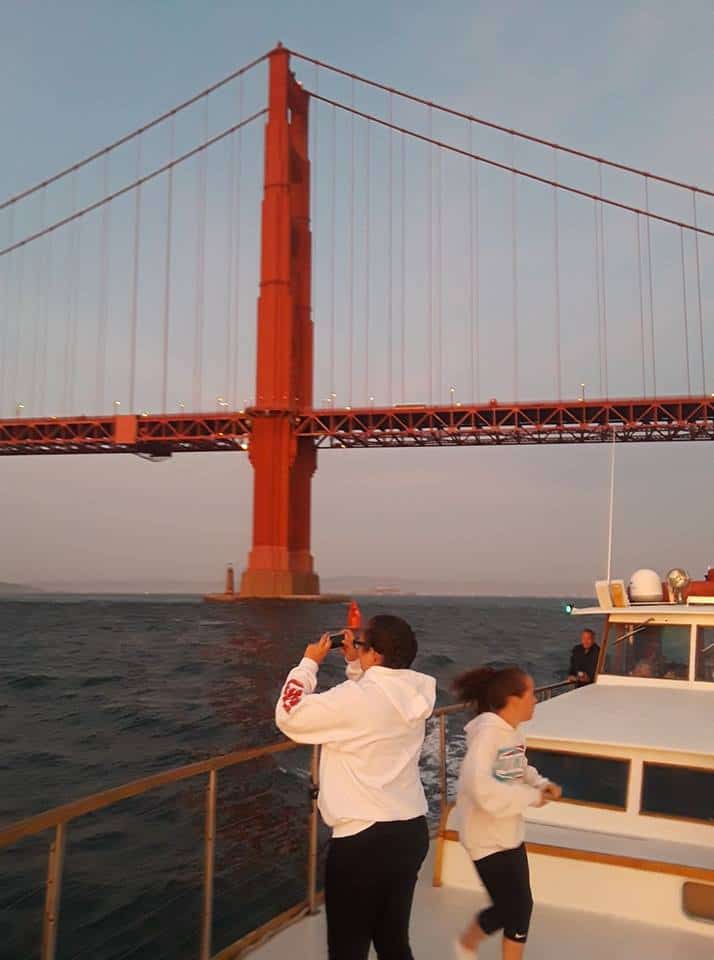 Charter guests looking for sharks under the Golden Gate Bridge

Summer is the perfect time of year to watch the wildlife in the water. With whales, sea lions, harbor seals, sharks, and all of their young, being on board Just Dreaming Yacht is a true escape from the bustle of the city with sights to wow the whole family.